Men’s Secret Erogenous Zone? (& How to Make a Man Obsessed With You) 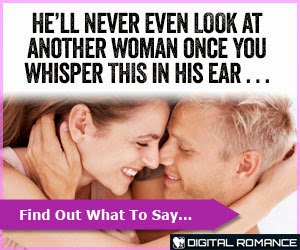 If I asked you to guess what his “secret” erogenous zone is, I bet you’d say his eyes. Or maybe his skin. Or maybe it’s the little area down near the family jewels called the perineum that you may have heard about.

Those are great guesses. However the most secret erogenous zone on a man is his MIND. Yes. And I do mean the one in his skull…not the little one in his pants!

Does that surprise you a little? It surprised me when I first figured this out!

It’s a widely-held belief that it’s women who get seduced by tapping into her imagination and emotions. And many people assume that men are built to just want sex at any time 24/7, there isn’t a need to get “in the mood”. So it comes as a surprise to many that men’s minds are highly erogenous. Certainly men’s sex drives and triggers are generally different than women’s, but you can provide him a heightened sensual and pleasurable experience by focusing some attention on his brain.

So, how do you do that exactly? Here are three easy ways:

1. Talk Dirty to Him


Dirty talk is one very effective way to arouse his mind. This can be a simple phrase like “I want you so badly right now” or something more explicit like describing what you want to do to him in detail. (FYI – in the program Language of Desire, I give you over 200+ dirty talk ideas). Whether you send this via text or whisper it in his ear, hearing you express your desire for him activates his brain into a heightened state of arousal.


Focus on the things you appreciate about him and tell him. Let him know how much you value that he makes you feel safe. Or how hard he works to support your family. Or how you love that he can make you laugh. It’s easy to forget to compliment our partner. When you give your man genuine appreciation, you feed his ego and self-esteem. And it increases the emotional connection he feels to you. Sure, this happens outside of the bedroom but you will see a direct result from it between the sheets. Because a man who feels appreciated also feels sexy.


In a similar way, telling him how sexy you find him and how much he pleases you when it comes to sex activates one of the biggest triggers to his whole sex drive. Men are hard-wired to want to please a woman sexually. Validating his ability to make you feel good satisfies him probably more than you might recognize. Give him encouragement by expressing your bliss during the act and definitely follow-up with a “this is what I loved best” highlight after. Just like you’d thank someone for treating you to a nice dinner, thank him for treating you to an amazing orgasm.

This is just a small example of the kind of information I share in my program Language of Desire (watch video). There are over 20 lessons chock-full of insights on his sex drive, how to trigger potent neurochemicals, and step-by-step instructions on having him feel like he’s won the sexual lottery with you...

Master this and he will obsess over you - he will never cast a glance at another woman again! For more information > GO Here Now!