Why Women Unknowingly PUSH MEN AWAY 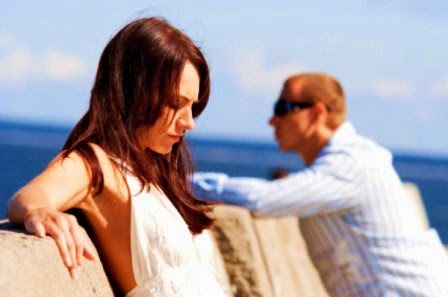 Do you know what happens when a woman goes through a difficult
situation with a man?

She keeps freaking out...I call it the freak out syndrome. This is
how the cycle runs.

A woman finds herself in a difficult situation with a man.

She doesn't understand why he's doing what he's doing.

She then tries to do what she assumes is the right thing but it
doesn't work.

She then feels stuck, despairs, and eventually freaks out.

It's no surprise why so many women are leading a life of silent
desperation.

The point I am trying to make here is that when women drive
themselves completely nuts by freaking out over and over again, it
messes them up completely over time.

But it doesn't stop here...

In fact under such a situation a woman unknowingly does things
which push a man further away. Here are the two most common
routes women take:

1- first they try to convince a man. And when this doesn't work,
2- they then try to argue (often stubbornly) their way into his head.

I don't know why but women have this inner belief that if they
can just explain their situation to a man he will somehow get it?

Guess what? It doesn't really work that way. You can never make
him understand your situation when you try hard to drill your point
into his head. In fact the harder you try, the further he will pull away.

And when convincing him doesn't work, women take the second
route, which is to ARGUE or FIGHT and finally when things get
really bad, they use blame and guilt to get their point across.

Let me explain this with a good example.

Let's say your man is starting to get distant and you fear that maybe
he is planning to leave you. You first try to understand why he is getting
distant, but things aren't making any sense, as a result you freak out.

Next, you try to talk to him about it, you say things like:

I don't know why you are avoiding me like this, what have I done?
Are you planning to leave me? Have you found someone else?
I need answers.

And you still don't get the answers you need and as a result
your anxiety is starting to turn into anger. You feel that you
deserve answers from him.

I am sick and tired of not getting answers from you.
You aren't pulling your share of weight in the relationship.
I feel like I am doing all the work. You only care about yourself.

This is a major mistake which can literally shake the foundation of
a relationship. When you use this approach a man only feels attacked
and his first reaction is to get even more distant to avoid confrontation.

It's important to understand that you cannot hold a gun to his head and
make him get it. You are following an utterly hopeless strategy if you
think you can. He will resist you inwardly even if he doesn't outwardly.

There is a better way. There are things you can do and say which
will naturally make a man want to open up to you, give you all the
LOVE you need and be DEVOTED to you for the rest of his life.

Find out how to Read a Man's Mind & Open His Heart to (Only) YOU!