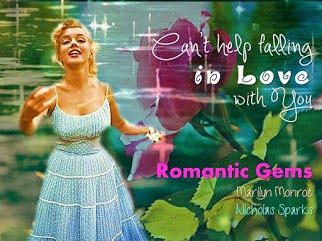 "I Can't Help Falling In Love With You"

“The best love is the kind that awakens the soul and makes us reach for more, that plants a fire in our hearts and brings peace to our minds. And that's what you've given me. That's what I'd hoped to give you forever”   - Nicholas Sparks

“True love is rare, and it's the only thing that gives life real meaning.”
― Nicholas Sparks, Message in a Bottle
“In our time together, you claimed a special place in my heart,
one I'll carry with me forever and that no one can ever replace.”
― Nicholas Sparks, Dear John

“So it's not gonna be easy. It's going to be really hard; we're gonna have to work at this everyday, but I want to do that because I want you. I want all of you, forever, everyday. You and me... everyday.”
― Nicholas Sparks, The Notebook

“Romance is thinking about your significant other,

when you are supposed to be thinking about something else.”
― Nicholas Sparks

“True love is rare, and it's the only thing that gives life real meaning.”
― Nicholas Sparks, Message in a Bottle

“You are, and always have been, my dream.”
― Nicholas Sparks, The Notebook

“We fell in love, despite our differences, and once we did, something rare and beautiful was created. For me, love like that has only happened once, and that's why every minute we spent together has been seared in my memory. I'll never forget a single moment of it.”
― Nicholas Sparks, The Notebook

“You are my best friend as well as my lover, and I do not know which side of you I enjoy the most. I treasure each side, just as I have treasured our life together.”
― Nicholas Sparks, The Notebook 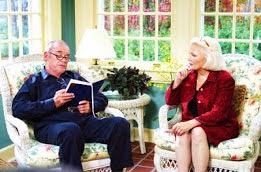 This was an interesting project. The more I researched Marilyn's background the more I was intrigued.  Despite the glamour and the courage (see her quotations) she seemed insecure and unhappy, due in no small part to the very nature of her beginnings, where she had no father being an illegitimate child, and virtually no mother either due to her mother's absence because of her mental illness. She was given away at a young age to her mother's bestfriend, Grace, who left her in an orphanage when she was going to marry although Grace did visit her later on and even resettled her with another of Grace's relatives.

In a documentary about her life, it was quite poignant to find out that the only object she held onto was a second-hand white piano which her mother had bought for her as a child. She never really got to experience what it was like to live in a stable, family unit with her mother in a 'family home' as the closest she came to was the three months they spent together in the only home her mother had ever set up for them together.

From her quotes and the documentaries on her life one can garner insights of her 'bad luck' with love and partners. Did they really love her? If they did could they understand and accept that, in her own words, she "belonged to the public", that that was the case because "she had never belonged to anyone before"? Obviously some of her spouses could not handle that, and the path she had chosen to take as Marilyn Monroe meant that there was bound to be severe conflict with the kind of dutiful, housewifely role that a married woman was supposed to assume, in her era.

Her recurrent feelings were that no one really understood her. For that and other reasons I've tried to understand the person behind the film persona and used mostly natural photo-shots of her taken off-screen. She was as described in some documentaries, "equally stunning off-screen as she was on-screen"! with a child-like, guileless charm despite her screen persona. Indeed, many of her photos including some of her during pensive moments bear testimony to that claim.

From her quotations you can sense the unhappiness and unfulfillment in her love life and that affected her whole life. This is not surprising to see. It is a well-documented fact that a baby needs love, stability and guidance from its very first days of life, and when deprived of this first primary relationship, there can be profound consequences, such as ongoing feelings of insecurity, anxiety, feeling lost, etc., for that individual later on, right through adulthood. Some will fare better but not all individuals will escape totally unscathed.  And it did not help that she was preyed upon by men because of her sex appeal - it only added to her sense of insecurity and distrust.

I found it natural to 'balance' and 'marry' Marilyn Monroe's quotes with Nicholas Sparks' ... it gives the kind of ending that would make her (and any other woman) happy, and the kind of love that I feel she was seeking - it was the kind that Nicholas Sparks wrote about - in 'The Notebook'.

You could say the above video was a tribute to her, in a small way. If she couldn't find the words for this (and she was eloquent and no blonde, sex symbol-bimbo despite her film persona due to the way they portrayed her) because she had not experienced fulfilment in love, then Nicholas Sparks has more than amply verbalised what and how 'LOVE' is and feels ... for the rest of us who are not able to put into words those feelings with such passion and eloquence.

I like to think that if Marilyn Monroe had met her NOAH, she could have found True Love and Happiness eventually, which she so deserved ... a 'lucky' break in her Love Life, had she not passed away so untimely, tragically and poignantly ... all alone. Had she been given a different beginning as a baby the outcome of her life would very likely have been very different. But then we wouldn't have had the Marilyn Monroe as most people know her? Perhaps ... we shall never know.

"I am just a small girl in a big world, trying to find someone to love." Marilyn Monroe.