We engage in compromise all the time ... in all facets of life, if we live, work and play in a group or with others, which most of us do.

Sometimes in an effort to please others, or hold onto someone we love, we can go overboard, and over-compromise.

This is different from the compromise we make on minor issues. When higher stakes are involved, we may engage in over-compromising such as when there is a desperate attempt to hold onto someone or something that is moving away from our 'possession' or reach.


This is not a good 'solution' to avoiding a crisis if your core values have been sacrificed in order to hold the peace or to hold onto someone.  In the long run, this self-denial will not be buried and will keep surfacing and building up resentment to spill over into other areas of your life to such an extent that it will not only destroy the very thing you tried to salvage but everything else in its wake, in the final showdown!

For example, you may have a partner who is very talented and creative in music, and who had the freedom to develop their music career before they met you but have had to suppress all that latent talent (and more) since teaming up with you. That might work out if they did it of their own accord, but they would remain somewhat unfulfilled for a long time, if not forever! You could remedy this by encouraging and supporting them to follow their dreams when it becomes feasible to do so, and even hitch your dreams to theirs along the way ... you just never know where this could take you? Anything's possible:


If you're the one who is doing all the sacrificing, and if it was demanded of you, and say it conflicted with your core value of returning to work to resume your previously bright career-vocation, for example, as a doctor or entertainer, etc. because your spouse believes that your place is in the kitchen or minding his children, then this 'compromise' to keep the marital peace is based on thin ground!

And even if you yourself subscribe to this form of martyrdom, in the long run, the spirit will not be denied and the resentment that spills over can cause such a deep rift that it will amaze the other party especially if its coming from a previously quiet, passive partner. cf. some famous celebrities.

You know you are over-compromising if you are denying your core values and if you continue to remain unfulfilled deep inside even though on the surface you may look like you have 'everything'. You yourself know you are living in a 'gilded cage' - (unto yourself be true, even if you are hiding the fact from others).

That is why many people in the end, reach a snapping-point, break free and then proceed to live more happily than ever before. Even though they may have less materially and even choose partners who may also have little material comforts this does not bother them because they have ample reserves of what is truly important to both of them. Their core values resonate and are congruent with the other person's, bringing a sense of peace, understanding and of being supported.

Being on the 'same page', finding a best friend or 'soul-mate' in your dearest - are just some of the benefits. This gives you peace of mind and frees you so you are able to follow your dreams instead of having your creative energy dissipated fighting the rear fires of frustration and anger if you're in a relationship where there is no real understanding and respect for your dreams, where you have to constantly suppress who you really wanna be or do  because you are trying to keep the peace for the sake of the relationship or / and that of the children! (It's difficult to express or even find creative energy when one is under duress ... peace is even more important for those whose business or livelihood depends on creative inspiration whether they're a blogger, author, designer, artist, recording artist, etc.)


One of the Greatest Love Stories

Why would a king give up his throne for a divorcee when he had it all - access to fame and fortune, etc?  He would have had to compromise on his happiness had he remained a king. Happily for him he did not settle for second best when it came to affairs of the heart, even if it meant giving up his claim to immense, material wealth and status! 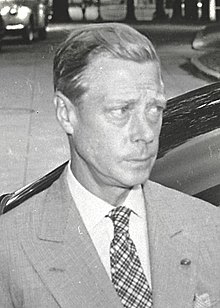 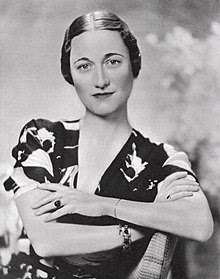 He knew what was important to him, and was more than courageous to stand by his decisions, his core values and his woman. And that is what makes this one of the greatest love stories ever told! Wallis Simpson was indeed a very fortunate woman - to have won not just the heart of a king, but one who was willing to throw it ALL away - just for HER!! He remained devoted to her right to the very end.

TIP: The solution as espoused in the video here is to walk away rather than over- compromise  because in the long run it is a lose / lose situation in which no one wins.

TIP: How to compromise: compromise on the minor details, the kind that you can live with without going insane but not on your important, values-based, key issues which must remain intact. If a king can walk away from his throne, we can all learn a valuable lesson from this.

In Summary: You got to know 'when to hold them and when to fold them'. Don't try to fix it.  Over-compromising is not a real 'fix' or a true solution but a sign of desperation.

Rather than over-compromise, WALK AWAY!

If you must compromise on your core values, do so only at the FRINGES! and not at the epicentre.

Remember: A strong relationship is one in which neither has to over-compromise. If they truly loved you, your dreams, needs and happiness would be just as important, if not more than their own. At the very least they would not hesitate to show RESPECT for You, Your Hopes and all of Your Dreams!

This video says it all:


I made a resolution and I plan to keep my work
But I need you to make it work
You've got to read the message, understand what's on my mind
Cause not to see would be a crime
And we could lose it anytime

But I believe in working, then I believe in a little help
Cause I'm not a light unto myself
Without a thing of value, why settle for second best
We don't know what's up ahead
And we can't let ourselves forget