Dating Tips For Women - How To Flirt With Men

Sometimes, the best opportunity to be better at attracting men is lying right under our noses.  Everyday, life is full of little chances that will
help us become more of a "people person", which of course leads to GREATER irresistibility!

Even the most mundane of situations present a way for you to become better at conversing with folks of all shapes and sizes (along with quality men!).  Starting today, all you need to do is keep an eye out for chances to develop your conversational skills and self-confidence in general.

Understandably, women who haven't developed the habit of getting there and mingling with other people won't be used to kicking off a great conversation.  In other words, the thought of chatting with strangers is unappealing to these girls or even downright SCARY.

All it really takes are the right ideas which will help enforce the habit of chatting up all sorts of folks.  So for today, THIS is exactly what we're going to discover.

Of course, if you would like to skip the intros and get the shortcut to your seduction success, you can check it out at here: 'Get a Guy' Guide!

Now, I'd like to familiarize you with the most basic aspects of being a friendlier, more approachable version of yourself in order to make men (and other folks in general) naturally responsive to you.

This is where the importance of FLIRTING comes in.

You might think that flirting is about making raunchy innuendo.  Perhaps your idea of being a good flirt has to do with lacing your conversation with sexual implications and the like.

Well, this is actually just a misconception that's given the fine art of flirting a bad rap these days.  The funny truth is that you can flirt with just about any stranger out there, whether he's a guy OR a girl!

Before you get all confused with my last statement, let me clear up what flirting is all about.  It's the ability to elicit GOOD FEELINGS within a person, regardless of gender.

Basically, the point of flirting is a basic desire to spread feel-good vibes among the people that you meet WITHOUT wanting anything in return (like a date or romantic attention!).

Although your intentions for flirting are simply to have fun with everyone, the ironic twist is that you'll also happen to attract guys in the process!

When you come across as a lady who has a natural tendency to make EVERYONE around her FEEL GREAT, then that's what good flirting is all about!

If you're able to associate your presence with positive emotions, it would make sense for people to want to be around you.   With that said, how does a girl go about working on her flirtation skills?


Before you start handing out words of praise like they were going out of style tomorrow, you need to have a CLEAR idea of what this is all about.

Like what I said about sincerity earlier, you want to make people feel good about themselves with no ulterior motive.  Anyone would be turned off by someone who was obviously just sucking up to him or her.

It's easy to feel this way if the person got a whiff of phoniness from a compliment.  For instance, people can tell if you're firing off a flattering remark with NO THOUGHT at all  whereas EARNESTLY observing something important to the person and praising it accordingly will deeply resonate within him or her!

Although this seems like a doozy to pull off, it's actually not as hard as it sounds.  A smart girl like you just needs to put her powers of observation to good use!

As I mentioned at the start of this newsletter, all you have to do is look out for things "hidden" in plain sight.  Greater AWARENESS is vital in situations like these, so keep your eyes peeled for things to compliment people on!

The next time you run into someone with whom you can talk to for a bit, try your hand at making him/her feel good with some well-placed words of praise.

Don't feel like they have to like you because of it, what's important is that you simply felt like saying something nice for the heck of it.  No more, no less!

For instance, if that new guy sitting next to your cubicle at work has a cool screensaver from the movie "Avatar" on his monitor, make a brief but meaningful comment if the situation allows it.

Saying something like "Hey, that's a sweet screensaver, I guess you like the movie even more than I did."

This is a great way to establish some RAPPORT and VALIDATE his personal interests.

Pretty soon, you might be adding more fuel to the fire by saying "I love how the film gave the expression "walking in someone else's shoes" a new meaning!"

And who knows, it may serve as a starting point for a longer conversation!  In this example, all you wanted to do was to take notice of something you HONESTLY liked and gave him props for it.

Sometimes, taking the initiative to pay a sincere compliment goes a long way! 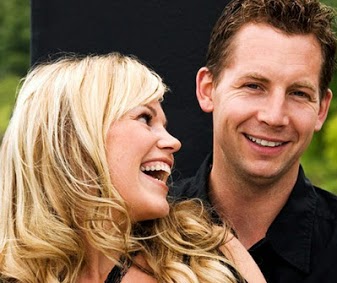 Now that we've established that flirting is meant to make others feel good, you also need to know about another important guideline.  You can't generate those things within someone if you don't feel good about yourself to begin with!

Anyone with an infectiously pleasant personality knows that having that a positive attitude begets the same vibe from the people around them.  That's why you need to be "in the zone" when you're mingling with the folks you run into.

You have to remember that your level of energy must be just as high (if not higher) than the person you're talking to.  Otherwise, your flirting efforts will be a lost cause.

But that doesn't mean you have to transform into a hyperactive version of yourself - you just have to go by a few important pointers to make sure that you're always in top form!

For instance, thinking too much is one of the biggest positive attitude-killers that will keep you from being at your most flirtatious.  Some women have a tendency to let the inner chatter in their heads DISTRACT them.

I'm sure anyone at some point in their social lives has made the mistake of trying TOO HARD to sound witty or clever.  The end result of this habit is that you end up thinking of what to say next without bothering to LISTEN to the person in front of you.

Why pressure yourself and act like your life depended on it?  It doesn't work that way!

This line of thinking defeats the very purpose of flirting, which is to establish rapport by being playful, relaxed and fun-loving.  Driving yourself mad with thoughts like "I hope this guy likes me" will only keep you from giving him your full attention (which is a very ATTRACTIVE thing to do!).

So do yourself a favor and just keep your ears peeled to the conversation.  That's the best way to keep the fun going!

Let me give you an example.  Pretend that the guy you're talking to just told you about a great experience he had camping out with his buddies by the lake over the weekend.

Maybe he mentioned that he got a kick out of momentarily leaving his hectic city life behind and relaxing in the wilderness.  Paying ATTENTION to a key point such as this would then allow you to share some of your own thoughts to complement his.

Then you can say something in a similar train of thought:
"Wow, that sounds like a lot of fun!  You know, sometimes I need a little peace and quiet myself when the week gets crazy so every now and then I do my own thing by chilling out at home, turn up my Zen music and curl up with a good book!"

Bingo!  Not only did you indirectly praise his interests, you've also created some excellent common ground between you two!

And you weren't even trying to impress him by topping his story; all you really did was to take something he finds important and give it right back at him!

To recap: DON'T psych yourself out by thinking that a failed attempt at flirting is going to be the death of you!

Relax into the moment and keep a cool head about yourself.  What should a sassy girl like you be afraid of anyway? 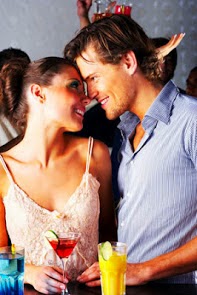 Flirting is a playful way of testing the waters with a guy.  A lighthearted verbal exchange is meant to let you know if your personalities are going to mesh well.

If not, it's certainly NOT any great loss on your part so there's nothing to get freaked out about!

As far as the big picture is concerned, taking these little hiccups in stride by staying POSITIVE is actually an attractive trait to have.  More importantly, the motivation for flirting is to simply share your joy for living with others!

And that's a lot easier to do than wanting people to like you.  Go for an impression that tells people, "I'm having FUN talking with you, instead of something off-putting like, "Won't you please like me?"

If you want to keep the things fun, DON'T let your mind wander into thoughts about the OUTCOME of your conversation.

What happens AFTER the conversation is irrelevant.  The important thing is that you're living IN THE MOMENT, totally focused on the person you're chatting with.

Did he laugh at your jokes?  Great!  Did he give you the cold shoulder?  Great!

See, it doesn't matter because this doesn't have any bearing on who you are as a woman.  The great thing about these experiences is that you LEARN from your accomplishments (or mistakes) every time!

So the next time you head out of the house, don't forget to ditch the negative self-talk and leave your unreasonably harsh inner critic at the door!

The general idea is to open up to the rest of humanity out there and welcome the chances that come your way.

The broad spectrum of your cheerful personality is going to affect everyone around you:  your family, friends, colleagues and of course, the potential Mr. Right's waiting to meet you!

If you want genuine men, and not just any man, let Mirabelle Summers and the team show you the way to become a seduction success story via:  'Get a Guy' Guide!