Dealing With EX Issues - The Persistent Ex-Girlfriend or Ex-Boyfriend 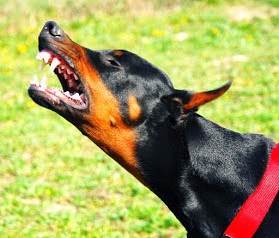 Have you ever started to date some gorgeous man then found that his ex won't let go?

She is big, fierce and hairy as a Sasquatch!  And she's madder than an angry hornet because you 'stole' her man, despite the fact that they had already broken up before you met him.  Watch out - she has blades flying out of her eyes faster than 'The House of Flying Daggers'... ouch!

And what about that gorgeous woman who is such a doll that you find yourself volunteering to help her in any way you can - notice the Hulk who calls himself her ex and how much he lurks around her?  He is not exactly pleased about you invading 'his territory' and moving in on his woman!  See how he flexes his huge biceps and beats his chest - eat your heart out Sylvester Stallone!

Be very careful if the ex is possessive, controlling and obsessed because if they have undiagnosed mental instability/ disorder you are definitely in their radar and your personal safety as well as your date's could be put at risk, sometimes, extreme risk.

If they start stalking you then head for the hills or better still, the police station.  Just pray that the cops take you seriously.  In the meantime be more vigilant and take whatever precautionary measures you need to keep safe until the ex has been checked out (better safe than sorry).

Sadly, many fatally-wounded victims were not taken seriously by their support group when they first reported their fears about their dangerous exs until it was too late.  These tragic endings could have been avoided with timely and appropriate support. Make sure you recognise these situations and keep safe.